As promised, here are the latest Crewlet photos. First thing I laid eyes on was the factory version of the Tweed Tatum jacket I blogged about earlier here. The cut was more generous than the original version and it was a bit longer (both the body of the jacket as well as the sleeves). The fabric was quite different. To me, it felt cheap, partially due to the acrylic/poly content, although it wasn't as itchy as the original version, which had some mohair. 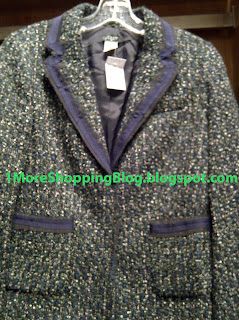 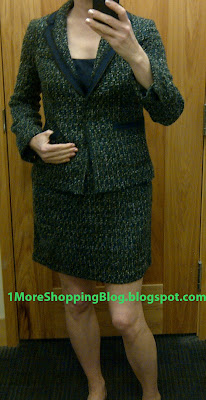 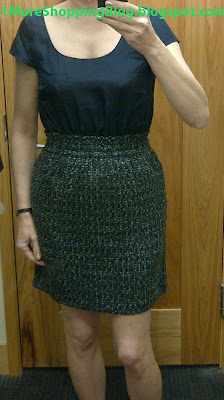 Since I started with the jackets, here's the Factory version of the Schoolboy Blazer in Prince of Wales Wool (item 47244, $188, size 4). It was quite boxy, maybe even more so than the other version of the schoolboy blazer, and it might look OK with a bit of steaming. The buttons I was not too crazy about. 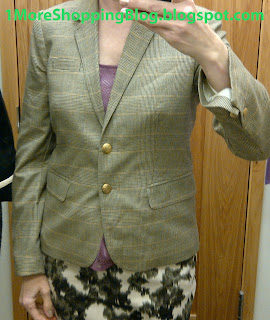 Similar blazers here, here or here
Next is the Factory Wool Herringbone Professor Blazer. I recall having difficulty doing up the buttons. Also, the collar felt itchy at the back of my neck. The fabric and buttons alike looked rather cheap, in my opinion. This is a size 4 as well. 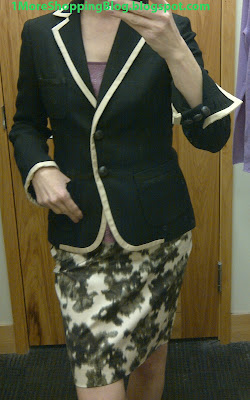 Factory Wool Herringbone Professor Blazer (similar here or here)
Lastly, here is the Factory Lace Love Tank in vintage wisteria, size 2. It looks nice, but the lace fabric is poly/nylon, while the lining is poly, I believe. The skirt is the Factory Printed Pencil Skirt size 2, green tea colour.

Factory Lace Love Tank (similar here, here or here)
Factory Printed Pencil Skirt  (similar here or here)
I also noticed several items brought over from the regular store. I checked the JC label and didn't have the 2 diamonds underneath the name. Last time I was there there was a large stock of Chambray Bermuda shorts. So now we know where some of the stock is taken when it disappears from the regular JC store.
Hope you are having a great week so far.
Posted by Rose

Spam will be deleted.